For people who have been following me for awhile, sorry for any repeat info.  I just thought I would reflect on our 2 miscarriages in honor of today. 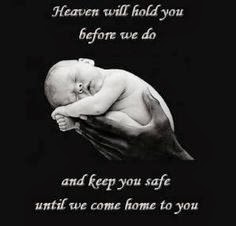 After 2 years of struggling with infertility, our first IVF worked.  I couldn't believe my eyes.  Pregnant.  Clear as day on the clear blue digital.  My future flashed before my eyes.  I fell in love.  I woke up my husband at 5:00 to show him (I set up a hidden camera, you can watch the reaction of my husband finding out we were going to be parents for the first time in the tribute video below at 4:29). This was it.  Prayers answered.  The 8 failed IUIs behind us, the fear gone, the journey to motherhood so close I could taste it.  I couldn't wait for my 2nd beta blood test to confirm it was healthy and normal and to tell our family (they didn't know we were doing IVF). I was on cloud 9 at work.  Smiling non stop.  It worked and there was a life inside me. The nurse called with my first Beta blood test of 100 and she actually said the words "congratulations, you are pregnant."  I put stuff in the "shopping cart" online and planned to hit submit once I got that phone call that all was well.

The phone call came.  My beta, to be healthy/viable, should have doubled to around 200.  It had gone up only to 104.  They warned me that this probably wouldn't be viable.  My dreams of telling our moms in an "awesome" way faded and we called them sobbing, recapping the injections, the surgery, the positive test and blood, and now this.

I think the thing that hit me the hardest with miscarriage #1 was that for some reason, I didn't even process Ivf could lead to miscarriage.  This is rare for me.  I worry about everything.  Every. Single. Thing.  But when I saw "pregnant" I believed it.  No doubt, this was it.  Answered prayers.  Done with being infertile.

The worst part of it was I had to wait till I was 7 weeks along for them to fully know 100% that it wasn't viable.  So I continued with the PIO shots nightly.  My beta started to increase and finally doubled (it got into the 7000s).  But that ultrasound, although I walked in with little hope, confirmed the loss.  Empty sack.  Blighted ovum.  No heartbeat.

Although the baby had almost instantly stopped growing once it implanted, my body thought it was pregnant and continued to grow the sack.  In those weeks of knowing there was a small chance, I tried to embrace the fact the baby was in me, with me.  I was pregnant, just not viable.   The D and C was a good closure, but it also got to me that it was over, the baby gone.  I truly believed he/she went to heaven.  I made a little tribute video to mourn it.  Although I'm iffy on actually giving these babies names, I decided that if I were to name him/her it would be Jaden.  Although I'm pregnant now, I often wonder what Jaden would have been like.  He would have been here now born July 21st.

On July 21st I found out our 3rd IVF worked.  Later on at 6.5 weeks, I saw, SAW 3 heartbeats.  Surreal.  3 lives beating.  The first miscarriage jaded me.  I knew multiples has a higher risk of losing 1-2 in the first tri (I read 40% chance to lose a triplet).  At 7.5 all 3 heartbeats were dead on.  The RE and my OBGYN said it looks like you are going to carry them all.  At 9 weeks Baby B lost its heartbeat the day I went in.  It was the same size as the others and had literally died that day.

Oddly enough, this "miscarriage" was even "bigger" than the first because I had seen the heartbeat twice.  I was horrified the other 2 would be hurt by it and so sad that my body had failed another sweet little life.  However, I had weird unexplainable peace that Baby B was never supposed to be here and that God had known the whole time that he wouldn't stay.  Never mine to begin with. It was strange.  When we told people we were having triplets everyone would laugh.  Isaac means laughter in the Bible so that is who I will look for in heaven.

I know people have it way worse.  Stillborns.  Loss of a born child.  Repeat miscarriages.  It hurts at all levels.  The first miscarriage was harder for me (maybe 2nd was easier because there were still 2?) but I am grateful they were early.  Every day you love your baby more and more and I think losing a triplet (or singleton) at this point 16 weeks would be even harder than 9, and so on. 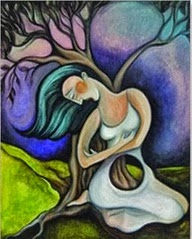 I followed someone who had success with her second Ivf.  Once her baby was born she dealt with deep sorrow because her live baby reminded her of her embryos that didn't make it (we all few embryos differently but to her they were her children).  I wonder if when my babies come if I will think more about the losses.  What if they looked similar?  Maybe they would have been best friends?

Obviously we live in a world full of pain/loss that none of us are immune to.  Tonight, I lite the candles for my 2 who will forever be in my heard and who I hope to meet someday.