Rainbow Baby Chasing and What It's Like Being a Fake Mom

When I was a rookie in the infertility world every now and then I would come across the term "rainbow" baby.  To be perfectly honest (and show my non-smartness), I assumed it meant a baby born to a gay/lesbian couple.  Obviously this group seeks some type of fertility assistance so I just figured it was a "rainbow" baby.  I was very very wrong.

The term stems from the loss of a baby before.  Here is the definition: 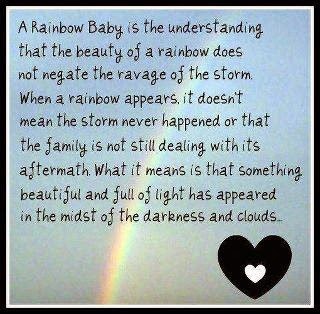 I've been too deep in grief to really even think about this concept but the reason I bring it up is last weekend on our drive up to the Puget Sound in Seattle I saw 2 rainbows.  Despite my hurt from God's prolonged silence, my heart couldn't help but remember where the rainbow originally came from.  I couldn't stop starting at it.  It was stormy out, but there was this beauty among it.  It again reminded me (as almost everything does) of this unrelenting desire to catch my rainbow.

The reality is, there are no 100% guarantees.   For those that have been following my story, Jude and Brinly were supposed to be my rainbow babies.  I had an early miscarriage in 2012 and then miscarried one of the triplets at 9 weeks.

I recently met with a counselor at my clinic and she pointed out that my hope for the future is not a "false hope."  She reminded me that I have been pregnant and that the doctors all think that a biological child is attainable-that I have been on a string of very bad luck.  I am not aimlessly chasing a non-existent rainbow (even though there are no for-sure promises I will catch it) this was a good reminder.  Seeing the rainbow in the sky gave me that wave of hope that I hate/love so much.  However, because of my track history the hope is always mixed with extreme fear that will never fully disappear until I hear and hold a child screaming/crying for the first time. 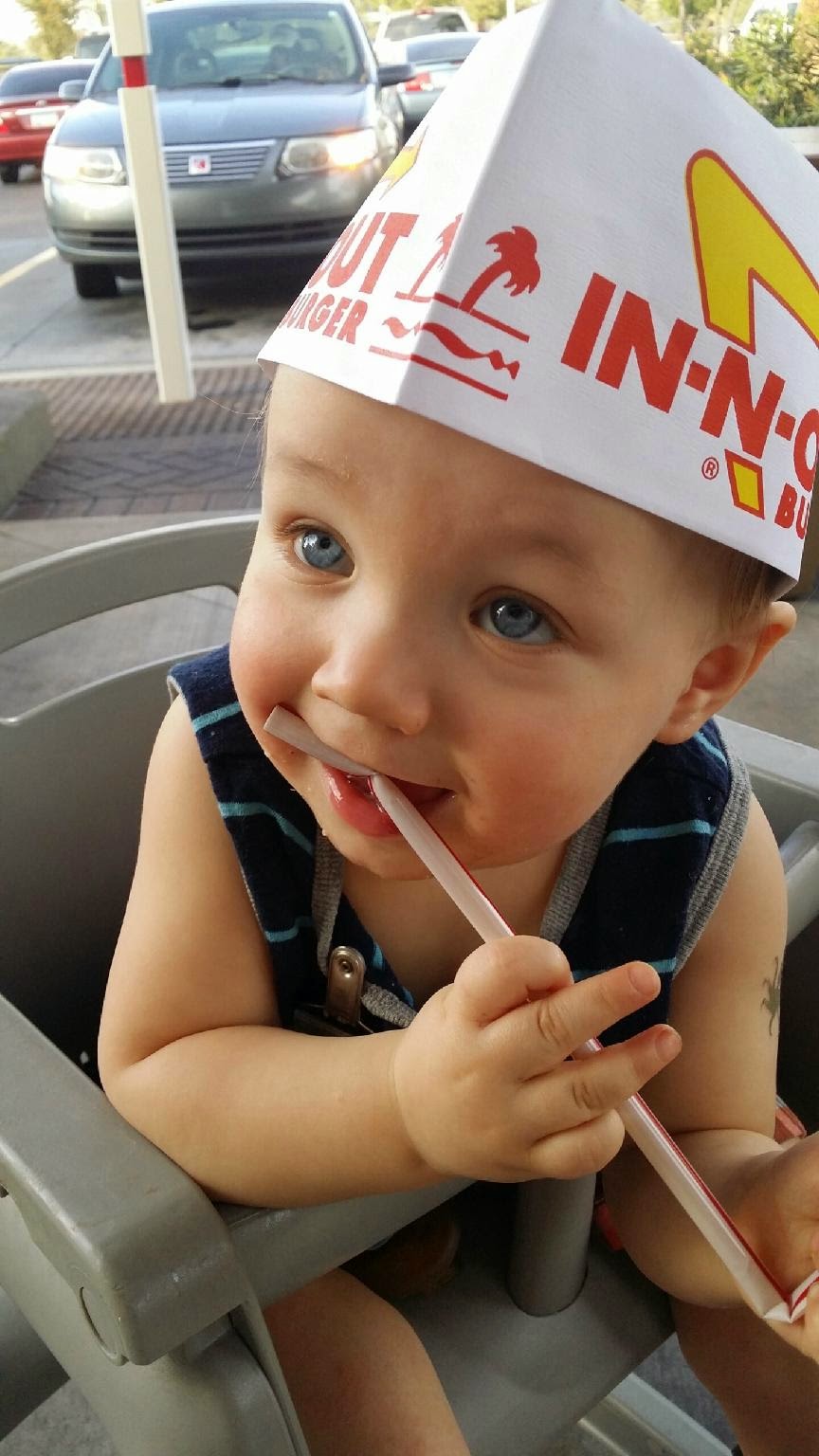 In other news, yesterday I watched my nephew, Ryker, aka the cutest human being alive, for an hour after work.  I had to run to the mall to pick up movie tickets so I towed the little 18 month kido with me.  My sister dresses him really cute (backward hat tops the outfit) and he looks like he could be mine.  Heidi and I have been asked several times if we are twins.  Ryky has our nose.  Anyway, I carried him into the mall to get the tickets.

I was totally a fake mom.  It was so strange.  In the 7 minutes I was there, I made eye contact with at least 5 other mom's with kids around his age.  In their adoring smile I got the message "your baby is so cute."  In their kind glances, they were connecting with me.  I was in the mom club and had evidence to prove it.  I felt like a fraud.  "I'm his aunt" I almost felt obligated to tell them.  But I didn't.  Instead, I enjoyed the time with my sweet nephew.  I took him to the pet store to look at the puppies and mice (he is more a of a kitty obsessed child fan but unfortunately they were out).  I pointed out a little boy his age and said "look a friend" out loud.  On the car ride home, I looked like a mom too.  He was buckled in the back seat happy as could be.  At stoplights I would play peek a boo with him and his eyes lite up and his giggle filled the car.

It's normal for strangers to assume he is my child-awhile back the cashier at Target convinced me to get a red-card because I had a "baby."  I love him and he is obviously genetically related to me-but he reminds me that I want my own so so bad.  I am not his mom, I am his aunt.   All this to say it was strange feeling part of a club that I am not of.  Children that died at birth do not get you into the MOPs group at church or the corner coffee sip and play. 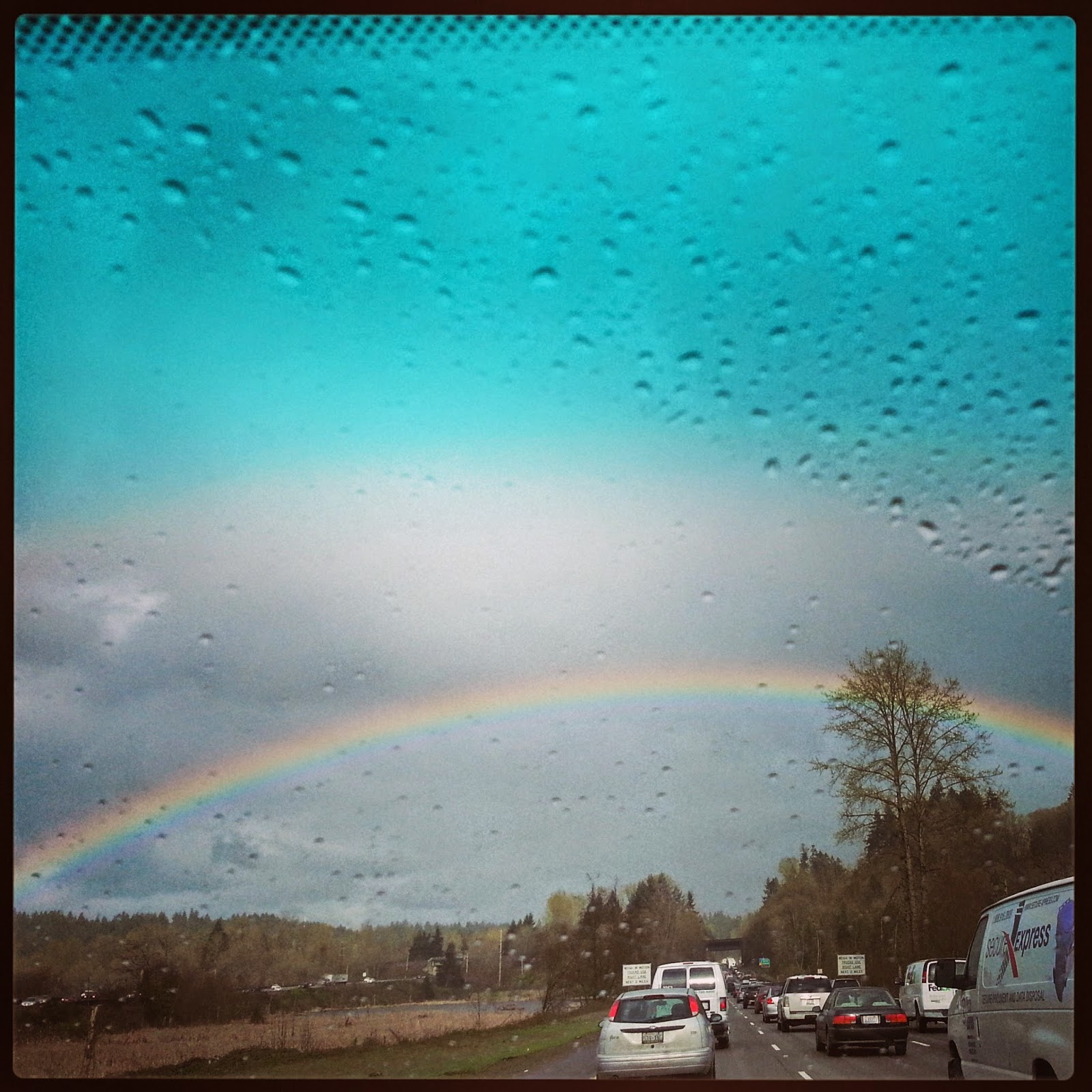 Lastly, on the personal front, we are taking 1 day at a time.  With femera I ovulate, but that doesn't mean much.  There is so much sorrow and stress still in my life from the losses that I do not expect to conceive any time soon but going slow and not jumping hardcore into IVF/FET is good to allow my body/mind to heal up a bit.  The MFM (high risk specialist) wanted me to wait 6 months to a year to heal from the 2 deliveries.  I want my rainbow more than anything in this life and I think about this every single waking second daily but I'm trying to re-learn how to live in the present.  So much of the past brings sorrow and so much of the future brings fear/unknown.  In the meantime I think I'm going to keep taking pictures of rainbows I spot.  If you catch a good shot, send it to me! 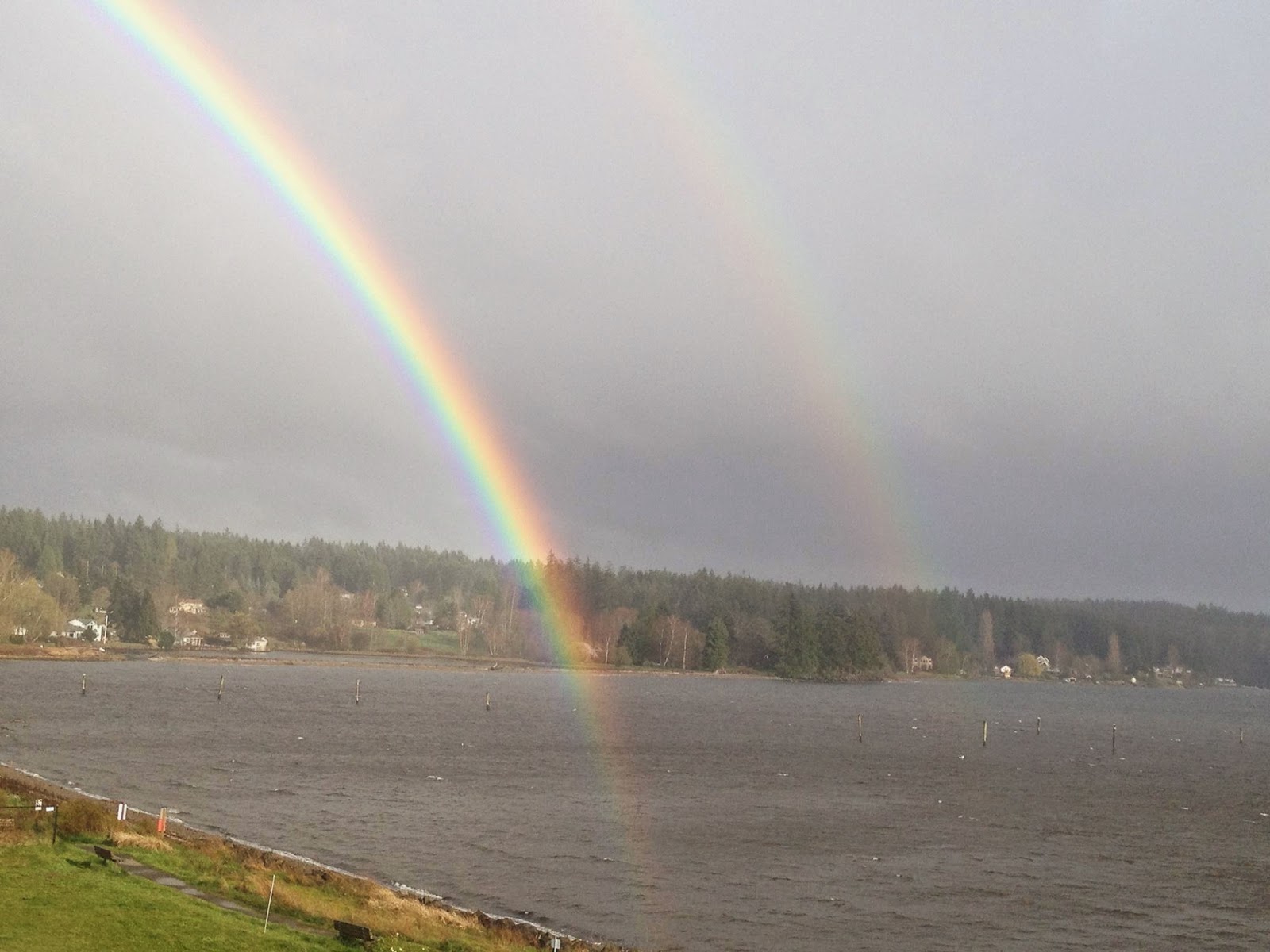