Awhile back I purchased a book called "Bringing in Finn."  Many of you have probably heard of the story-long story short a woman went through years of trying and finally did IVF.  She got pregnant with twins and due to unexpected preterm labor she lost them/delivered them right around the same time I delivered mine 21 weeks.  Anyway, the memoir is about how she came to have her son, Finn.  Her 60+ year old mother offered to surrogate (gestational carry) for them after the loss and they took her up on it.  In all honestly, I slammed the book shut in the middle, right after she delivered her twins.  Too many emotions and memories of my own horrific loss filled my memory as my tears filled for this woman because I actually COULD imagine that situation.

Recently I picked back up and came to a part I wanted to share.

While her mother was pregnant with her grandchild, (Sara, the author's son), she approached her daughter and said "You are not broken, you are chosen."

The mom was putting some crazy spin on Sara's body not being broken, but her being chosen all along to go down this route.  Again tears came.  Although I don't deal with guilt at all (I KNOW I couldn't have done anything different with J and B), I deal with a large amount of sorrow that my body killed innocent, perfect, and healthy lives.  I. Am. Broken.  But chosen?  I wasn't so sure how I felt about this but felt my heart feel happier about that thought than broken.  The mom goes on to tell a story about maggots... 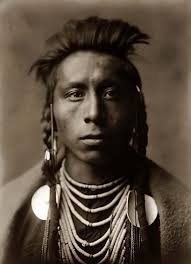 This story is taken right from the book.  It's about a Native American man captured during World War II and held in a POW camp.

"He was tortured and starved for month, and then, on the brink of his death, he was fed maggots from a dirt floor by one of the guards just before the camp was liberated.  When he returns home to his tribe, he wallowed in grief and self-pity and likely a fair amount of PTSD.  The tribe left him be for awhile and then took him to the edge of large lake with a stone tied around his neck.

'You can either choose to forgive and live,' they said, 'or die.  There are only 2 choices.'

The man walked into the lake, intending to choose death.  He started to sink, when his life force seized him and he began to forgive.  As he struggled to the surface, he face the final situation he'd endured: the guard who had shoved the maggots into his face, moving his jaw so he was forced to swallow, encouraging the other guards to laugh at and humiliate him.  It was too much, he felt, to forgive this man.  He let go of the rock so he could drown.

At the last second, before all his oxygen had gone, a watery light entered his mind and he saw that same man reading a book while the other guards slept, reading about a way to keep someone alive using protein from the bugs of the earth.  The soldier had not been tormenting him, it turned out, but saving his life."

Sara, goes on to say that her psychologist had said before we label a situation, we must consider the possibility that we many not have all the information.  Before you name something as broken/bad to consider that there may be something "profound and important, not just for you but for the greater good-that could not come any other way.

I don't have all the information.  I accept I may never know why I had to "swallow the maggots" aka lose my babies.  Pain is a part of life.  But because of Jude and Brinly, I have the deepest empathy for people that fight so hard and then lose. Although I would take Jude and Brinly 1 million times before this route, before losing them I would just feel sorry for people that had miscarriages.  I felt scared for people that had stillborns/late losses-and I felt scared of them-what on earth do you say?  You hear these random horror stories and assume it would never happen to you.  How do you approach them?  Like most people you want to avoid eye-contact and are freaked out to bring it up.  But now?  I have a passion to raise my own tattered arms and wrap them around new mommy's that wake up in this nightmare.

Email ThisBlogThis!Share to TwitterShare to FacebookShare to Pinterest
Labels: hope after loss, IVF, legend about maggots