I couldn't continue on with our story without writing a special post about Becky.  As noted in the previous post, this woman signed up voluntarily asking for nothing in return.  She has repeated several times "This is a small sacrifice for you to have a family."  The funny thing is NO ONE else thinks it's just a "small sacrifice."  Allow me to explain.

First off,  she quit her job right before the transfer to "show us how serious she was." She told us she wanted to be all in and wanted to put all her focus on the pregnancy.  Without any asking on my part she gave up all caffeine and artificial sweeteners and did every old wives tell in the book to make sure her uterus was perfect. 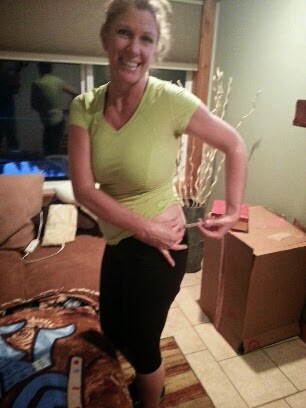 I talked about how she had to do endless tests to be cleared to be our gestational carrier.  Then the 3 weeks on the awful Lupron shot to shut down her ovaries and then 12 weeks of the 2 inch PIO.  I attended the training for the shots with her and she seemed fine until they pulled out that big one-it scares us all.  She is really slender so they were ok with allowing her to go down to an inch and a half-I was also there for her first injection and she took it like a champ.  Over. and. over. again.

It's common to hear people complain about the discomforts of pregnancy, let alone two.  The body grows and stretches more than normal.  Since multiples is automatically high risk pregnancy, the appointments are endless.  Sleep is hard.  At 18 weeks into the pregnancy there was a scare with a shortening cervix (I automatically assumed the worst) and the doctor suggested a pessary (kind of like a cerclage but its a plastic ring they put around the cervix in hopes of helping it hold).  I felt horrible.  Becky had already done enough and now they wanted to insert the pessary.  I told her it was her choice.  Without hesitation she said "If it's keeps these boys in longer, it's worth it." She did it that day.  Through all of this she would never ever complain.  She would just repeat "small sacrifice."

On Mother's Day this year, while she was pregnant with my babies, she sent ME a Mother's Day Card Thanking ME for allowing her to carry my rainbow babies...yes, you read that correctly.  Someone who quit their job, did all the tortuous things that come with IVF, and was dealing with MY twin pregnancy thanked ME. 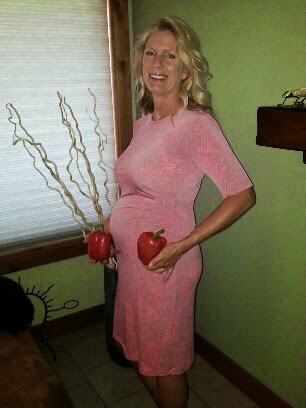 I have been so humbled by this whole experience.  At my baby shower I couldn't help but compare her act of pure kindness to my faith.  Christ came to earth, died for me, carries the burden of my sin, giving us new life-asking only that we believe in Him-His gift to mankind.  She came to me, risked her health, literally carried the burden of pregnancy for me (because God knows being pregnant right after my loss would have been the most horrifying, scary, and risky thing), all why expecting nothing back for the gift of life she was giving us.

There really aren't enough words to explain what she has done for my family.  I thank God daily for this woman.  She has taught me so much through her loving sacrifice.

1. Selflessness.  As a Christian, I often do kind things for others because I should- and it's so human nature to expect something in return.  I want recognition, I want people to know I did something so nice.  I imagine that for most women dealing with someone else's pregnancy, even if it was out of pure kindness, would sure let the intentional parents know how hard it was, how much suffering was done on our behalf, etc.  Becky has reminded me that when I do something nice for someone to NEVER have strings attached.  To never do something half heartily with a you-really-owe-me attitude.  Her selflessness has been so sweet and so heart-warming.

2.  Love-We live in a world full of divorce, cheating, fighting, and disrespect in marriage.  I really admire Tom and Becky's marriage/relationship. They are a united team. Tom supported Becky's idea to help us from day 1 and was willing to watch his wife go through the trials/hormones of pregnancy all so Darren and I could have a family.  He attends the millions of doctor appointments and has been excited along with us.  He is loving, and patient, and kind.  I see the way he looks at her, with love, respect, and admiration.  Where some men would maybe be turned off to the idea of "losing" their wife for 9 months for someone else's baby, he supported her goal 100%.  They just celebrated 20 years of marriage while she was pregnant with our boys.  They are a great example of how love and marriage should be.

3.  Attitude-After losing Jude and Brinly I became so so negative with pregnancy.  I had been jaded 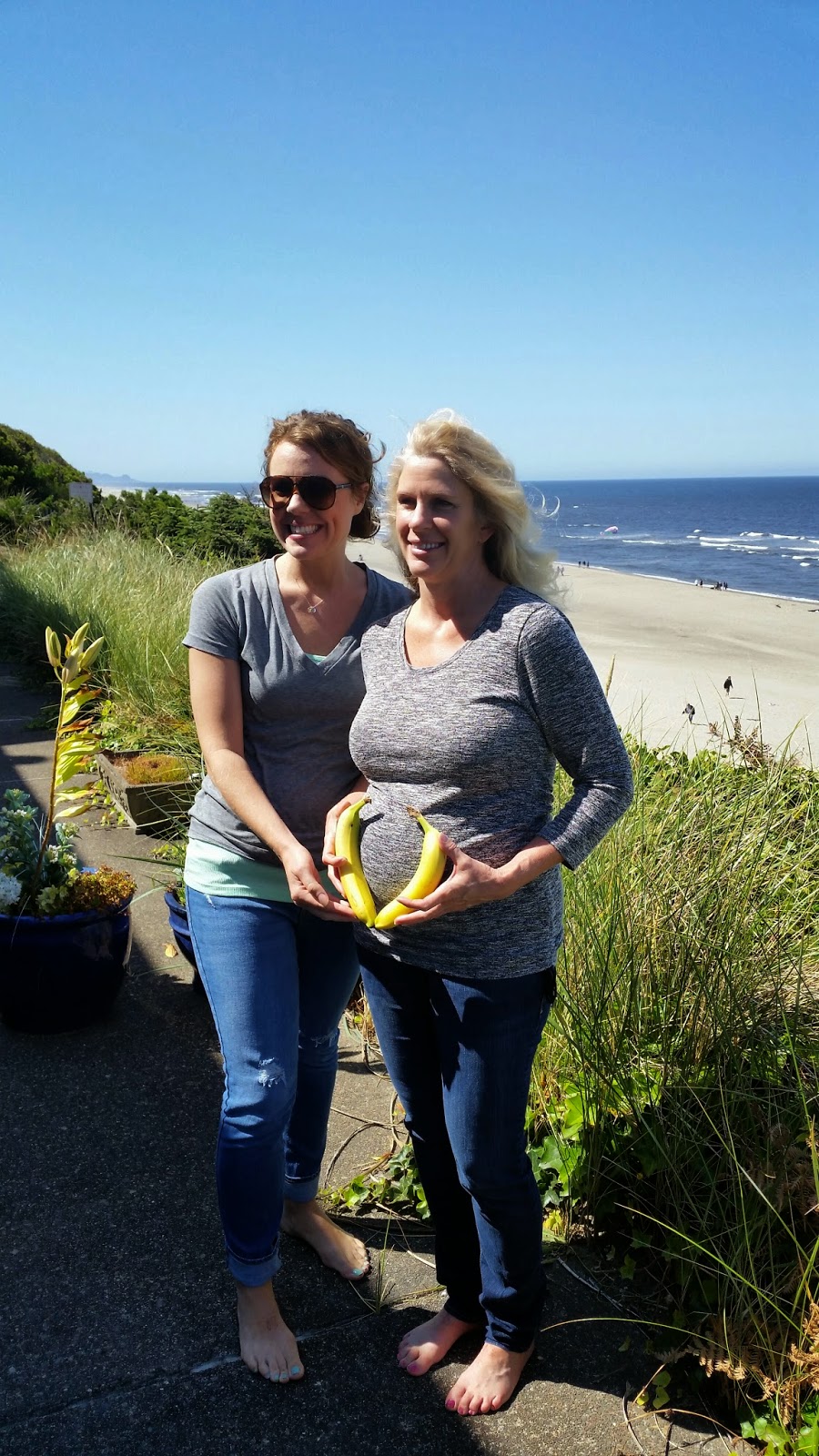 by their death.  My faith in God and His goodness had been shaken and although I was happy Becky was pregnant, I was scared and still doubtful. Becky's blood type is B+ and she has taken this to heart.  Before the transfer her and I went to Red Robin for dinner and I was expressing concerns of possible miscarriage she scowled at me and said "BE POSITIVE."  That has been her attitude throughout, she has chosen to be positive.  Anytime in the pregnancy I said something doubtful, or got nervous she would respond almost in a cheer "BEeeeeeee possssiittttivvveeee!!" waving her hands in the air with a cheer leader like motion.  I love this.  She has reminded me to chose to be positive.

Tom and Becky and their daughter Kaela went to a wedding this summer and when the found their name card, her's read Saint Becky.
I am so grateful that there are some genuinely caring people like Becky.  A few months ago I came across the quote: "You have never really lived until you have done something for someone who can never repay you." All I can say is Becky has really lived. ♥

Here is a video of the first half of our journey we showed at the Baby Shower:
https://www.youtube.com/watch?v=uv0T7hXRMak